Our birds live their lives naturally

Our farm rears traditional free-range chicken for the table. We are using three strains of a french breed and growing them to a minimum of 81 days. By giving the bird some age (two weeks longer than Organic standards) we get darker, more textured meat with real flavour. The birds are kept in mobile sheds overnight and have free-access to the fields and farmland during the day, free-ranging on clover-rich pastures, free from any pesticides. Being slow-grown in small flocks means that our birds live their lives naturally and really do roam all over the fields, unlike mass production systems.

We do not fence our chickens into the field and they go back into their sheds to roost at night so are protected from foxes when they need to be. During the day they get to scratch about in the bottom of hedgerows out of the sun or rain. The chickens are fed an ethically sourced additive-free cereal from a local feed mill which is perfect for slower growing birds – it also cuts down on food miles! 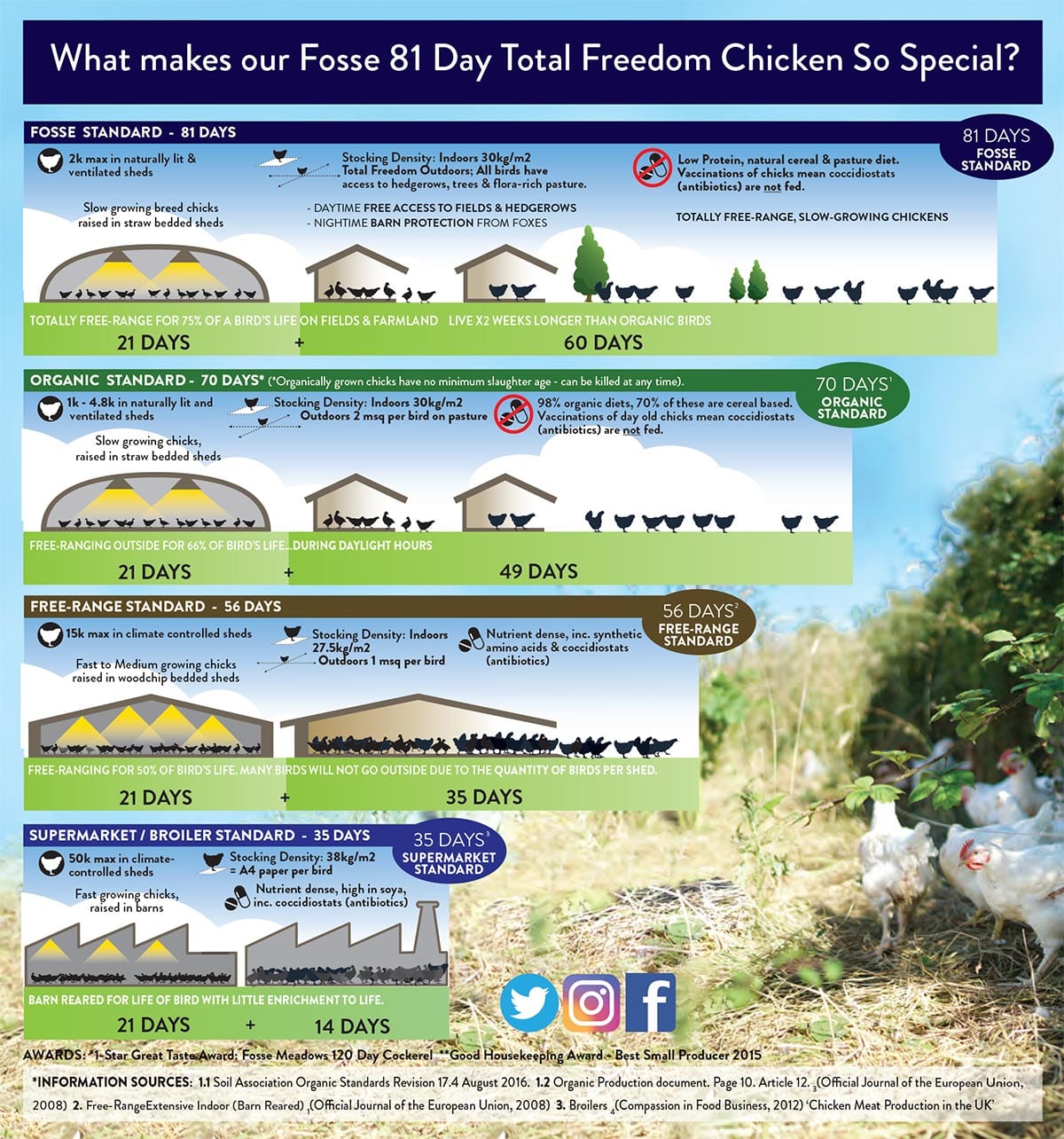 We are keen to inspire the cooking of capons or cockerels; The Fosse Meadows free-range and slow-grown cockerel offers juicier, bolder, more generous meat than a chicken with a rich gamey flavour – simple

We really think that people have forgotten how good this bird is and in turn, they are not often found outside of Christmas. Our Fosse cockerels are popular at Christmas and are often available weekly through out the year if not fresh then we normally have some in the freezer, so ORDER NOW for a delicious treat!

As a testament to our farming principles, we received one of the highest accolades for tasty British chicken, by food writer Christopher Hirst in The Independent. Fosse chicken has also received high praise and recommendation from Michelin-starred chef Nick Edgar, Wahaca Restaurant entrepreneur and ex Masterchef Thomasina Miers and The Telegraph’s Food Critic and Writer Diana Henry.